Warren “Chip” Brown was appointed to the NCSD Board of Directors in June 2018. The Browns have been part time or full time residents of Northstar for over 40 years.

Mr. Brown and his wife, Mary, were publishers of community newspapers in the San Francisco east Bay Area, the Monterey Peninsula, and California’s Central Valley. They were also involved in several other business ventures over the years. Warren’s volunteer services have been extensive and have included Chair of both the Oakland and Alameda Chambers of Commerce and The Bay Area Tumor Institute. He also served as Commissioner of The Oakland Alameda County Coliseum Complex and was involved in programs for at-risk youth. Through his association with a local fly fishing club, Mr. Brown was deeply involved in the restoration of 2.5 miles of The Truckee River.

Warren’s and Mary’s family includes three children and eight grandchildren. Two of their children and six of their grandchildren also reside in Truckee. It is for them and other  NCSD residents that he hopes to help find the balance between the region’s quality of life  and the preservation of natural resources. 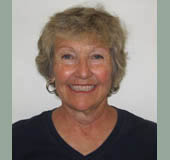 In October, 2001, Nancy was selected from several applicants to fill the un-expired term of Ralph Owens on NCSD Board of Directors. She considers herself "almost a local" since she was born and raised in Carson City, Nevada, and lived most of her adult life in Reno. She purchased her Northstar home in 1980 and has lived here full time with her husband, Jerry, since 1993.

Part of a family land development company in Nevada for more than 25 years, Nancy is familiar with water and sewer systems, road maintenance, growth problems and the necessities of working with local agencies. She holds a BS in Business and a Masters Degree in Journalism, and taught classes at Truckee Meadows Community College as well as the University of Nevada, Reno. Nancy also worked many years as a reporter at the Reno Gazette-Journal newspaper and continues to write as a freelancer for several local and national publications.

Having been a business owner and having spent so many years in journalism, Nancy feels she's able to see all sides of various issues. She's been active in many community organizations and served on several boards of directors. Both Ives are avid outdoors people who love to hike, bike, ski and kayak in the Northstar/Truckee/Tahoe area. They have five grown children, and decided to settle in Northstar because "it offers the best of everything." Nancy appreciates our top-rated fire department, our trails and our road and water systems. She also understands the complexities of balancing quality of life with progress. 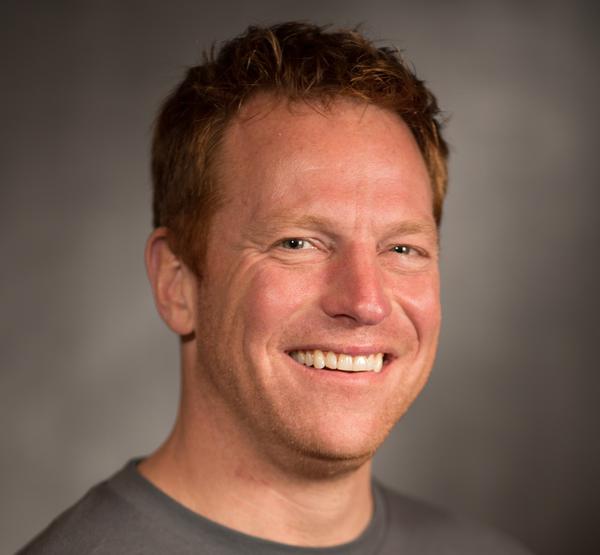 In June of 2019, Spoon was appointed to fill the remainder of Jeann Green’s term on the NCSD Board of Directors. Having spent the previous ten years splitting time between Truckee and San Francisco, he moved into the Lahontan portion of the District in December of 2018.  He is an avid mountain sports lover having spent his formative years in the Alps, Poconos and Appalachians.

Spoon has spent the past 19 years in the software consulting industry.  His responsibilities have ranged from a COBOL developer of utility industry solutions on mainframes to founding CodeScience, which builds an array of cloud based SaaS products for enterprises.  Spoon retired from operating CodeScience and remains as the Chairman of the Board at that company. Along the way, Mike took time out to become a professional SCUBA instructor and a Burning Man camp leader.  Prior to entering the software profession, Spoon worked as a quality engineer on institutional construction projects in southern Virginia. Mike earned both a Bachelors of Civil Engineering and a Masters of Geotechnical Engineering from Virginia Tech.  The engineering and executive backgrounds have helped him appreciate the wide variety of services NCSD offers its residents and the finances behind them.

“I have spent the past few decades architecting solutions for complex problems with no correct answer.  Between carbon emission reduction, forest fuels management, maintaining the streets and keeping the water flowing, NCSD and the residents of the Sierras face serious challenges.  I am excited to enter public service as part of a forward thinking board working with an innovative management team.”

Mike Moll - Vice President
Term: 2020-2022
Michael “ Mike” Moll was appointed to the board March of 2020. Mike was previously a NCSD board member from 2005 to 2012. Upon retiring in 2012 he and his wife Catherine Moll moved   to Reno. They returned to Northstar and moved into their new home in July of 2018 where they again live full time. Mike and Catherine are originally from the City of Sonoma, Ca. where he was a third generation general building contractor beginning in 1970. While building in Sonoma Mike held many board positions in the building industry including a committee member for the Sonoma County Board of Supervisors for the Environmental Health Department and then later for the Permit and Resource Department. (Which then included: Planning, Building, Public Works, Environmental Health, and County Fire) As a Building Contractor over the years he has installed over a hundred new water, sewer, and utility services including main extensions andstreet improvements. Mike has also completed many required fire mitigation measures for custom homes in the hills of Sonoma. All of Mike’s years as a construction company owner gives him knowledge of construction law and government requirements similar to those of the NCSD construction projects, bidding, contracts, change orders, engineering, employees, etc.

Mike also has experience in local fire departments as a volunteer fireman for 7 years for the Sonoma Volunteer Fire Department including three years as the fire department association’s president. Mike was the original chairman of the safety sub committee for the formation ofthe fire fuels mitigation program for the Arrowcreek 36 golf community in South Reno. Using his previous experience from Sonoma Fire, Sonoma County fire mitigations, NCSD board experience working with NCSD Fire, he and other Arrowcreek board members developed and implemented their new fire fuel program.

Mike wishes to to use his experiences in fire to again serve in his community toward even greater fire protection and reasonable fire insurance. Mike and Catherine have three children, 5 grandchildren, and one great granddaughter.

Appointed to the NCSD Board in February 2021 filling the vacancy left by Dee Cravens.

Have been a part of the Northstar community since February of 1974 when we purchased a Ski Trail condo. Brought the family up for a week that summer and went home in September. We continued to spend each summer here until we bought a home on Martis Landing and moved here permanently in 1994.

After graduation from USF/Lone Mountain I taught in the San Francisco Unified School District. After moving to Santa Rosa , I managed my husband’s dental office, substitute taught, was active on school boards and raised 4 children. I’ve been a Docent at the California Academy of Science for the last 30 years. This has given me a wonderful appreciation of our area and a desire to help in its sustainability.

During the summers at Northstar, I ran the Snack Bar at the Rec Center and led Nature Walks on the Martis Creek Trail for 20+ years I look forward to serving on then CSD Board.